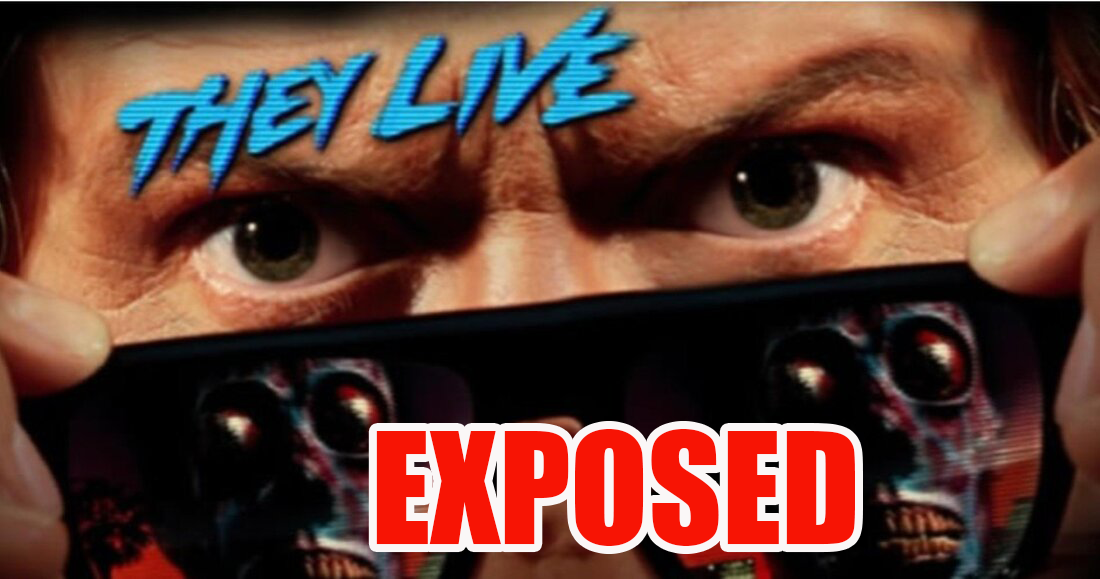 The most dangerous lie is the one mixed with a little truth, to lead the sheep astray. The “truther community” uses the movie “THEY LIVE” to expose Hollywood and “the powers that be”. The only problem is, Hollywood and the powers that be MADE THIS MOVIE! So how can truthers expect to use this movie to expose the very ones that made it? Well, truthers might say, the powers that be have to tell us the truth, but they hide it in plain sight in “hidden messages”. The only problem with that is, this movie isn’t hiding anything (according to truthers). It’s telling them everything outright. Nothing “hidden” about it. No “hidden messages". This movie is openly telling people what it wants them to think. But wait! There ARE actually hidden messages in this movie, which should raise questions as to the REAL reason they made it, and their REAL agenda behind this movie.

1.) The actor Rowdy Roddy “PIPER”. Who is the piper? According to the Bible, Satan is the piper. “...the workmanship of thy tabrets and of thy PIPES was prepared in thee in the day that thou wast created.” (Ezekiel 28:13) Satan is the pied piper who leads the sheep astray.

2.) Roddy Piper’s name in the movie is “Nada”. Nada means “nothing”. He’s the nothing, the nobody, the zero. Who in the Bible would be considered the zero, the nothing, the worthless nobody?

“Woe to the idol shepherd ( i.e. the worthless shepherd) that leaveth the flock! the sword shall be upon his arm, and upon his right eye: his arm shall be clean dried up, and his right eye shall be utterly darkened.” (Zechariah 11:17)

Worthless means to be worth nothing, nada, zero. Nada in the movie is the worthless shepherd. Zechariah 11:17 also says his right eye will be darkened. Nada's “special sunglasses” darkened his right eye.

3.) Nada is a wandering vagabond. Scripture says Cain (who was of the Devil) was a vagabond. (Genesis 4:14)

4.) The preacher in the movie is blind. Think about that. The blind leading the blind. Sense when is a man of God ever blind? Think about the symbolism. Nothing in these movies is by accident.

6.) Sunglasses block out the sun, i.e. the light and create darkness. Think about that. This movies’ version of “truth” is actually darkness.

7.) He then puts the box of sunglasses near garbage cans in an alleyway. Truth shouldn’t be associated with garbage. Think about the symbolism. Nothing in these movies is accidental. Later he has to find his sunglasses in a dump truck, associating the sunglasses with trash again. Keep in mind, the New Age movement is repackaged paganism. It’s recycled trash.

“THEY LIVE” might seem to give truth, but when examined closer, should raise questions about its real agenda. Even though it “exposes aliens” (which are actually demons), it doesn’t tell us who the real enemy is and how to defeat him. Instead, it gives us "their version" of the enemy. This movie also puts one’s trust in the pied piper who mixes a little truth with lies to gain people’s trust to lead them into a counterfeit truth movement also known as the new age movement. That is the real agenda behind this movie. Because it comes from Hollywood and the powers that be, and why would we expect them to give us anything more than a lie?