Everything I say here (aside from scripture) is my personal belief. Study these things out on your own to see if they are true or not.

​I believe the meaning of 9/11 is revealed in Revelation 9:11 “And they had a king over them, which is the angel of the bottomless pit, whose name in the Hebrew tongue is ABADDON, but in the Greek tongue hath his name APOLLYON.” (Revelation 9:11) 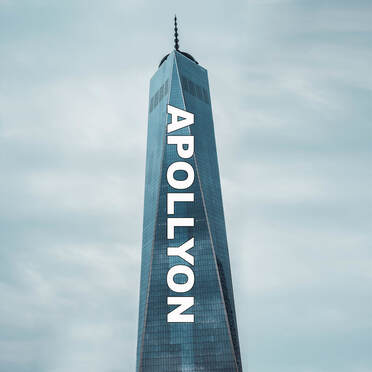 ​After 9/11, at ground zero, officials held a ceremony depicting the eye of Horus i.e. the 3rd eye.
In 1998, in passageways under the World Trade Center, artists installed mosaic artwork depicting eyes called “Oculus” all throughout the passageways. The instillation’s main centerpiece is an eye in the center of the earth. I believe that eye represents the 3rd eye.
I believe those mosaic eyes in the passageways under the world trade center represent the twin towers (now destroyed). Eyes = Towers. Eyes in the sky. The north tower represented the right eye, and the south tower represented the left eye. Male and female. The installation’s centerpiece (the eye in the middle of the earth) represents the 3rd eye/ The Freedom Tower that rose from the ashes of his parents. 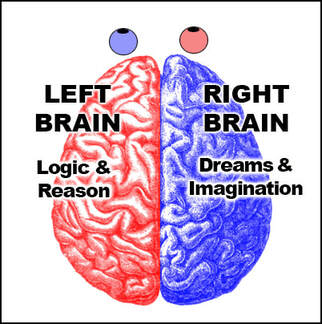 Our left brain controls our right eye. The left brain is the masculine side of the brain associated with logic and reason. Our right brain controls our left eye. It's the feminine side associated with feelings and imagination. The right eye is the man and the left eye is the woman.
One day Satan will fall as lightning from heaven (Luke 10:18), enter man’s eyes and destroy them. Those destroyed eyes (like the twin towers) will then merge. That merging will open the 3rd eye. That merging represents sex, when a man and a woman come together and the woman opens herself. The 3rd eye will open like a female private part. Apollyon will then come out of that 3rd eye/female private part and be born into the world. (The unicorn horn and the Washington Monument in Washington D.C. also represent Apollyon/the Freedom Tower). Watch the animation.
I have to add that I believe that Satan WILL NOT fall into the eyes of saved Born-Again Christians WITH the seal of God in their foreheads. He will ONLY enter the eyes of lost, unsaved Christ-rejecting sinners, who WON'T have the seal of God in their foreheads to protect them. 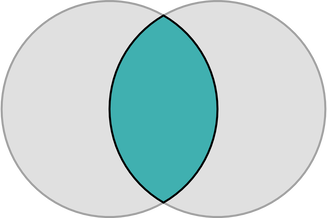 The 3rd eyes of lost, unsaved Christ-rejecting sinners will open when their right and left eyes merge into one. The “vesica piscis” illustrates the merging of the right and left eye and the opening of the 3rd eye in the middle. That eye shape in the middle of the vesica piscis (the Mandorla i.e. the female private part) represents the 3rd eye. Satan’s child the Antichrist will be born from that eye.

The Bible says the beast will rise from the sea. (Revelation 13:1) And I stood upon the sand of the sea, and saw a beast rise up out of the sea…

Scripture compares water to people, therefore the beast rises from a sea of people. (Revelation 17:15) And he saith unto me, The WATERS which thou sawest, where the whore sitteth, are PEOPLES, and multitudes, and nations, and tongues.

I believe the beast rises from the sea i.e. the see (their eyes). 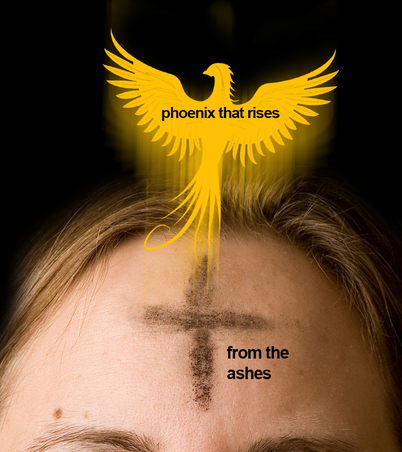 Apollyon is the phoenix that rises from the ashes represented by The Freedom Tower that rose from the ashes. Catholic priests rub ashes in the shape of a cross or X over people’s 3rd eye, symbolizing the ashes or the spot from where he rises. X “marks” the spot. The 3rd eye is that “mark”. 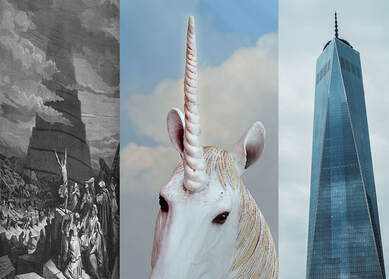 Freedom Tower rose from the ashes. The brain is like a rose, and the beast will rise from its center the 3rd eye. He will rise from that eye like a unicorn horn of imagination. That horn is the tower of babel that would have reached unto heaven, scraping the sky, now represented by The Freedom Tower (a skyscraper).

(Genesis 11:4) And they said, Go to, let us build us a city and a tower, whose top may reach unto heaven…

(Genesis 11:6) And the LORD said, Behold, the people is one… and now nothing will be restrained from them, which they have IMAGINED to do. 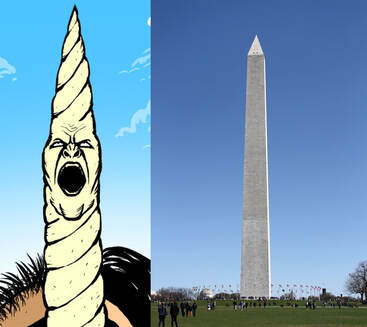 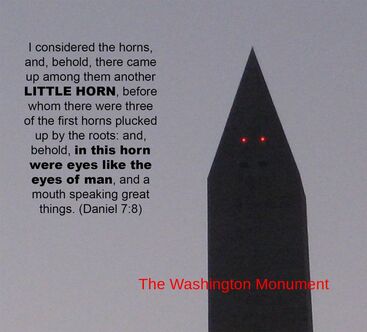 The unicorn horn is associated with imagination. Scripture mentions that unicorn horn. It calls him the little horn. (Daniel 7:8) I considered the horns, and, behold, there came up among them another LITTLE HORN... in this horn were eyes like the eyes of man, and a mouth speaking great things.
The airplanes that crashed into the twin towers represented Satan falling as lightning, striking twice. The twin towers represented the right and left eye, male and female. They got struck, fell and became one, representing the merging of the right and left eyes to open the 3rd eye. The Freedom Tower (symbolic for Apollyon) was then born from that 3rd eye. He was born out of the bottomless pit. He rose out of the bottomless pit. Out of the see. Out of the eye.

The triangles on the “ONE” World Trade Center represent the right eye, left eye and 3rd eye becoming “ONE” -three in one - a triangle.

The bottomless pit is in the 3rd eye of lost, unsaved Christ-rejecting sinners. Satan will open that eye when he falls as lightning. He can do that to them because they don’t have the seal of God in their foreheads sealing that eye shut. 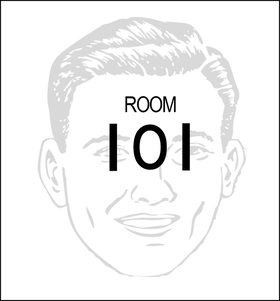 I believe the number 101 (as in room 101) represents man’s head. His right eye represents 1. His left eye represents 1, and his 3rd eye (in the middle of the forehead) represents 0. Man’s forehead is GROUND ZERO. He will rise from the 0.
The twin towers were once good, separated and “single” from each other, until Satan entered them, causing them to fall and merge, making them no longer “single” but married. Now they’re evil. Evil because logic and reason shouldn't merge with dreams and imagination. Light and darkness should never become one. The dream world should never merge with this world. They should stay separate. When the sun and moon merge during an eclipse, the world turns dark symbolic of becoming evil. They must remain single. 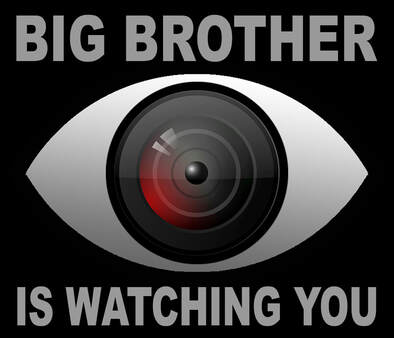 “One World Trade Center” also known as “Freedom Tower” is a symbolic representation of the Antichrist A.K.A. Apollyon - the beast from the bottomless pit.

The events of 9/11 and after symbolized the birth of the Antichrist and how and where he’ll be born from.

Revelation 9:11 reveals the true meaning behind 9/11

Everything I said here (aside from Bible scripture) was my personal belief. Study these things out on your own to see if they are true or not.
​Link: "Oculus" Mosaic Artwork
Link: "Eye of Horus" 9/11 Ceremony