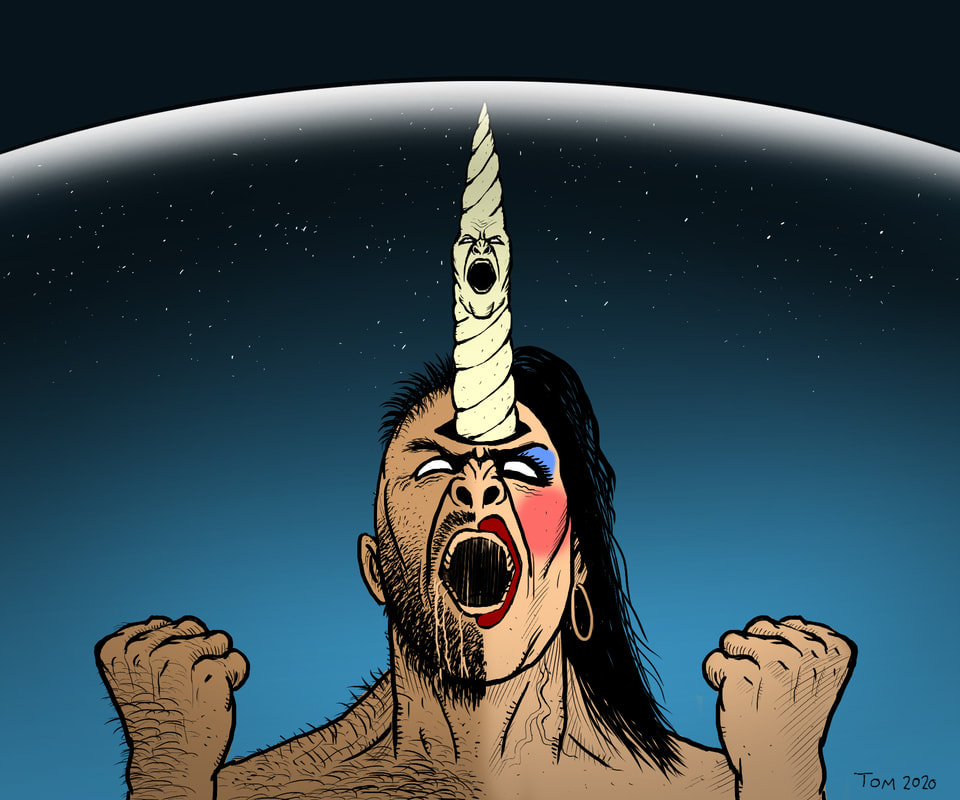 The meaning of the unicorn

​1.) The unicorn horn represents the antichrist. The Bible compares him to a little horn. "...behold, there came up among them another little horn... and, behold, in this horn were eyes like the eyes of man, and a mouth speaking great things." (Daniel 7:8) 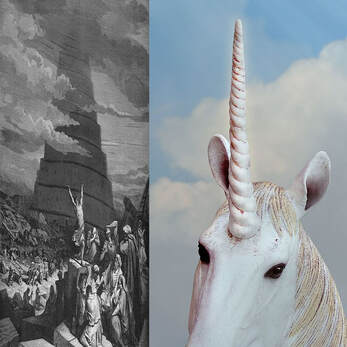 (Genesis 11:6) And the LORD said, Behold, the people is ONE ... and now nothing will be restrained from them, which they have IMAGINED to do.

4.) The 3rd eye or pineal gland releases melatonin, putting one to sleep so a person can dream and imagine things. The unicorn horn comes out of the 3rd eye.
​
5.) When a man and a woman have sex, they become “one”. A transgender symbolizes that oneness. When two become one.

The left brain is the side of logic and reason. It’s the masculine side. It controls the right eye. Therefore, the right eye is masculine.

The right brain is opposite. It’s the side of dreams and imagination. It’s the feminine side. It controls the left eye. Therefore, the left eye is feminine.

When the right eye merges with the left eye “in sex”, it opens the 3rd eye which is a vagina or “mandorla”, then a child is born out of that mandorla. The unicorn horn represents that child. It represents the antichrist who will be birthed out of the 3rd eye. The Washington Monument illustrates this concept.

7.) When the right eye merges with the left eye, opens the 3rd eye, and the antichrist horn is born out of it.

The Washington Monument represents a horn. It’s in Washington DC because Washington DC is “the head” of the country. Horns come out of the head. The two merging circles at the base of the monument represent the right and left eye. The eye shape in the middle is a mandorla which represents the 3rd eye/vagina. The obelisk coming out of the mandorla represents a horn (the antichrist).
8.) The left eye is the eye of dreams and imagination. When it merges with the right eye, it infects it and it loses its logic and reason turning it into and eye of imagination as well. Dreams and imagination have to do with sleep, which has to do with death, which has to do with darkness.
9.) Lena Waithe is a lesbian who makes herself look like a man, and she is an advocate for transgenders. In the movie “Onward”, she played a character named Officer Specter, who is a purple lesbian cyclops.
When red and blue merge, it makes purple. When the right eye (red) merges with the left eye (blue) it creates the 3rd eye (purple). This is why the character Officer Specter is purple.

When the right eye merges with the left eye, they become one eye (a cyclops). This is why the character is a cyclops.

When the right eye merges with the left eye, it opens the 3rd eye, and the horn comes out of it. This is why the character has a horn coming out of her head.
10.) How will the 3rd eye open for the antichrist to come out? Probably through technology, which will activate it to open. We can already see virtual reality merging fantasy with reality. Just think of where the technology will be a few years from now.

​11.) It’s no coincidence Lena Waithe also played in the movie “Ready Player One” - a movie about virtual reality. And even her avatar was the opposite gender.
The unicorn horn represents the antichrist that comes out of the 3rd eye, when a man and a woman merge into one (i.e. transgender), when the right eye merges with the left eye and mingles fantasy with reality, activated by technology and virtual reality which causes the unicorn horn of imagination to rise.