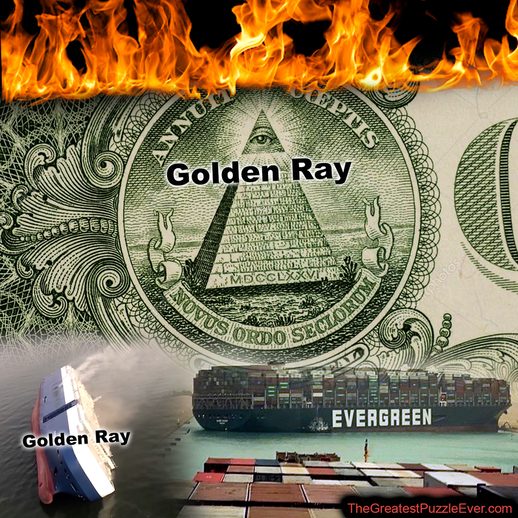 God is showing us in signs and symbols how the dollar will collapse and the world’s goods will come to a stop leading to famine. He’s revealing it through these downed ships. These enormous ships symbolize the shear magnitude of what is coming. And it’s all a punishment because of the world’s sin and rebellion towards God.

​2.) The stop of the world’s goods which will lead to famine is symbolized by the cargo ship of goods that got stuck in the Suez canal. The name on the ship is “EVERGREEN”. Evergreen means a plant that is green throughout the year. It also means something that is continual. So, if something that is “continual” stops, that means the continual supply of goods to the world WILL STOP. The blessings WILL STOP. The name of the ship is also “The Ever Given”. That means the “ever giving” of goods WILL STOP, the same way the ship has STOPPED.

These are signs of things to come, and they’re a punishment from God for the world’s sin and rebellion. Now, even though the ships may be removed and dislodged later, it doesn't matter because the message has already been given.