The scarab a.k.a. dung beetle
God speaks to us in simple but deep language. I call it spirit language. This language is usually spoken through visuals and images. God has spoken to us through his creation, through nature, that the ancient Egyptian religion is dung, and basically don’t follow it. He’s revealed this through the dung beetle. The dung beetle spends its life searching for poop and when it finds it, it rolls it up into a ball and takes it home to feast on it. What a special little creature, isn’t it? Depictions of the “ancient Egyptian beetle” or “scarab” can be seen holding up a circle as if to worship it. That circle is actually a ball of poop. The Egyptian religion will tell you that the ball is the sun, and in a way they’re right. That poop ball represents Beelzebub the dung god, also known as the antichrist and the false light of the world. That false light will be a counterfeit sun that will replace the real sun we have today. This will happen when the antichrist rises to power and takes over the world. He will be a false light to the world - a false sun. He will be empowered by Lucifer - the false light. They are one and the same.


The sun we have today is a shadow and a representation of Jesus Christ. It isn’t Jesus, just a representation of him. The sun isn’t to be worshiped. Jesus is the Light of the world, and the guide to the world, in the same way that the sun lightens the world and guides it. One day the antichrist will replace Jesus in the hearts of man as a counterfeit jesus as he takes the world stage. He will be a “false light” to the world, a “false sun”. The antichrist will be the complete opposite of Christ. He will be “backwards and upside down”, metaphorically speaking. Those who follow him will also be backwards and upside down. From the way they think, act and reason. They will call good evil and evil good. This is why the dung beetle walks backwards and upside down as it pushes its poop ball. Moreover, the eye of Horus is said to be that sun. This means the eye of Horus is poop. Opening the eye of Horus is the same as opening the 3rd eye. It's the same recycled religion from Egypt. This means the new-age religion of opening the 3rd eye is poop.

​God created the dung beetle as an analogy to teach us that the ancient Egyptian religion and today's recycled version of it, is dung. Don’t follow it! 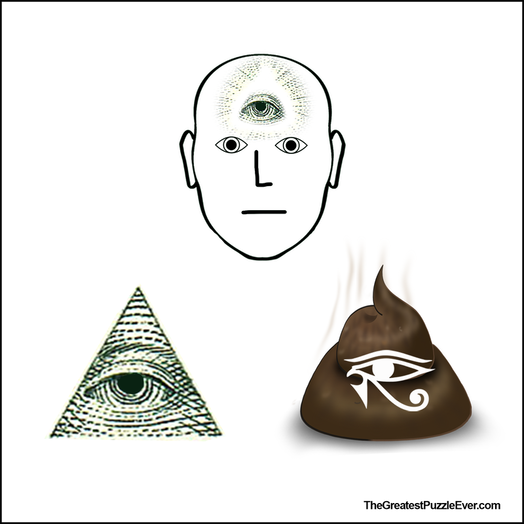 ​The Ankh Revealed
The Ankh is a key. It opens the bottomless pit. That bottomless pit is in the mind of man. It's in his 3rd eye. The Ankh opens man's 3rd eye. It opens the "eye of Horus". Once open, all hell will break loose on earth. The 3rd eye must NOT be opened. There are images of Ancient Egyptians sticking the Ankh in another Egyptians face. That's because the key is opening their face and their mind. The shape of the Ankh looks like the figure of a man with his arms spread. The shape of it looks like a man because that's what it opens. It opens man. 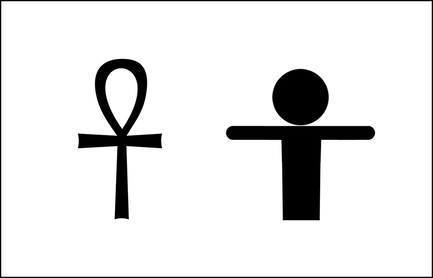 The top of the Ankh looks like a head. It looks like a head that is opened. That's because the Ankh opens the head. That open shape also symbolizes a vagina. That's because the mind is spiritually a vagina. It will birth the antichrist once opened. Satan will fall from heaven with that key and open that vagina/bottomless pit. " I beheld Satan as lightning fall from heaven." (Luke 10:18) "...and I saw a star fall from heaven unto the earth: and to him was given the key of the bottomless pit." (Revelation 9:1) 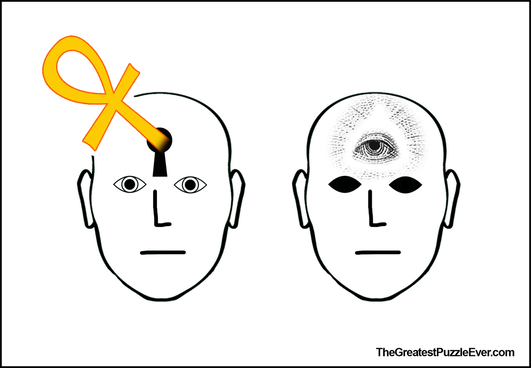