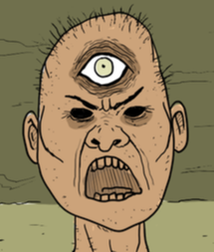 The Mark of the Beast

(Revelation 13:16-18) And he causeth all, both small and great, rich and poor, free and bond, to receive a mark in their right hand, or in their foreheads: And that no man might buy or sell, save he that had the mark, or the name of the beast, or the number of his name. Here is wisdom. Let him that hath understanding count the number of the beast: for it is the number of a man; and his number is Six hundred threescore and six (666).
​The Patriot Act (Big Brother) was born after the twin towers fell. Cain (Big Brother) was born after Adam and Eve fell. They say the Patriot Act is for “protection”. God set a mark on Cain for “protection”. The symbol for “Big Brother” is The All-Seeing Eye. The symbol of the “Hamsa hand” (said to be for protection) is an eye, in the right hand. Was the mark that God put on Cain an eye? And was it the origin of the “Hamsa hand”? Could the mark of the beast be The All-Seeing Eye?
The beasts around God’s throne are full of eyes. These “good beasts” are “marked” with eyes. What about a beast marked with eyes who was once good but turned bad? Lucifer was once around God’s throne but he turned bad. Could he have too been “marked” with eyes? If so (sense he’s a beast) his “mark” would also be an eye -the “mark” of the beast -the eye.

​Lucifer was cocky. It's interesting a peacock is full of eyes. Could the peacock be an analogy for Lucifer? If so, then he was full of eyes and his "mark" would be an eye.
We know snakes to hypnotize their prey. We often depict hypnotized eyes as swirls. A swirl looks like the number 6. Two hypnotized eyes would be 66. Three hypnotized eyes would be 666. If a hypnotized person opened their 3rd eye (along with their other two eyes) it would be 666. I believe the mark of the beast has something to do with the 3rd eye.
The first "apple" computer sold for $666. This links technology to the mark of the beast whose number is 666. This means "eating technology" i.e. "putting it inside of you" has to do with the mark of the beast. Adam and Eve's eyes opened when they ate the forbidden fruit, giving them so-called "enlightenment". This means eating technology i.e. putting it in you will open your eyes/eye, giving you so-called "enlightenment". I believe people's 3rd eyes will open when they put technology inside of them i.e. transhumanism. This links the mark of the beast to the 3rd eye. 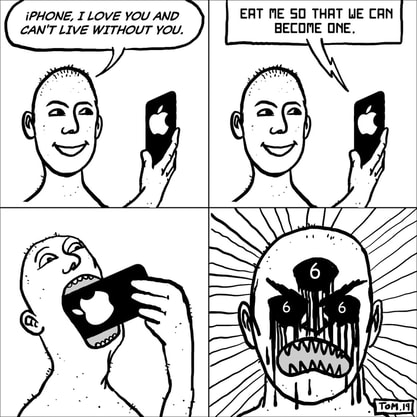